Picture yourself on a cold November evening in 1930s Leningrad. November 21st 1937; to be precise. The bitter wind bites at your skin whilst snow falls in a cascade of ethereal beauty. It’s the night of Dmitri Shostakovich’s return to musical extolment and all is resting upon his newest work, Symphony No.5 in D Minor.

As Yevgeny Mravinsky lifts the baton, he lifts with it the weight of Russia. With the Soviet regime reaching an unprecedented level of power, it’s more than just Shostakovich’s reputation resting upon this work. He has two options; to conform to the powers above or to liberate the people below…

Now undeniably one of the most respected works in the classical canon, it’s no surprise that, with Symphony No. 5 in D Minor, Shostakovich did both. Receiving tremendous acclaim from the likes of Tolstoy himself and a standing ovation lasting over some thirty minutes, the piece became viewed as ‘a Soviet artist's creative response to just criticism’ whilst moving the millions it was bestowed upon.

Being recited on Sunday as one of this season’s final Proms, there’s no better time than now stream or download Collins Classics’ recording of Maxim Shostakovich conducting the London Symphony Orchestra in performing his father’s work live at Abbey Road Studios.

What’s more, if you’re looking to learn more about the man behind the music, why not head over to our YouTube channel and listen to our ‘5 Minute Guide to Shostakovich’? 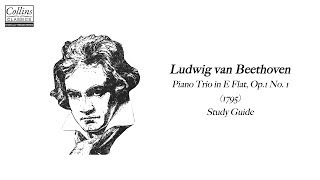 Virtuoso - The Best of Seta Tanyel

From Collins with Love

Find some head-space with Chopin

Ease into 2020 with 'Schubert and Chill'

Walk in a 'Classical Winter Wonderland'